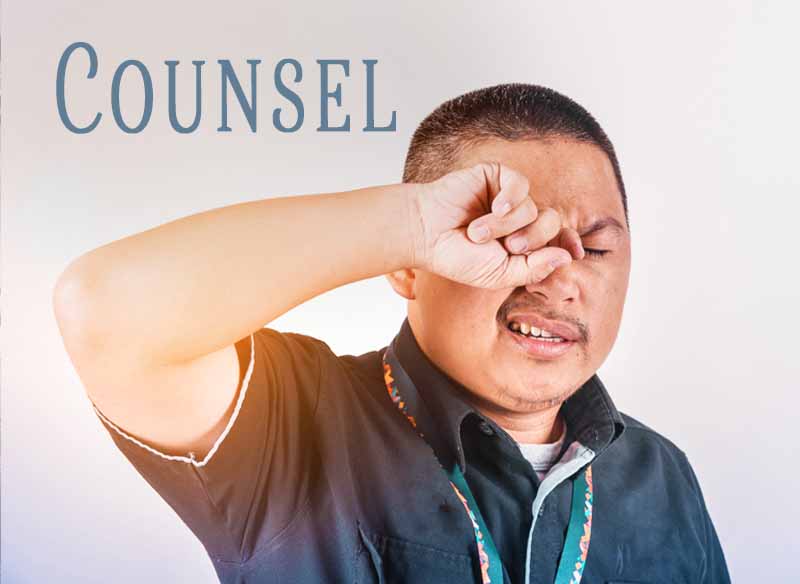 Photo by ahmad gunnaivi on Unsplash

Joshua has succeeded Moses and led the children of Israel into the promise land after forty years of wandering in the wilderness.  In Numbers 33:50-56 they were given strict instructions to drive out the inhabitants of the land or they would become pricks in their eyes and thorns in their sides.  Most of us, at one point in our life or another, have had something get into our physical eyes.  There are probably few things that are more irritating and frustrating then something in the eye.  We usually will start working immediately to get it out.  But it’s not always easy to do; we feel it, yet when we and everyone else that we have look at it, cannot see anything in there, it’s frustrating because we know it’s there every time we blink.  We go to all kinds of measures to get it out in order to have relief and there is none until it’s removed. This is what the children of Israel will experience when they do not obey the Word of YHVH.

We will discover in the verses below that Joshua did not remember or walk in the wise counsel that YHVH originally gave to Moses, nor did he stop and currently inquire or counsel with Him concerning his present situation.  So when it came to the group of people in the verses below, he did not drive them out, he entered into a covenant with them and it couldn’t be reversed.  May our hearts understand the application to our own lives as we read the account below.

1 Now it came about when all the kings who were beyond the Jordan, in the hill country and in the lowland and on all the coast of the Great Sea toward Lebanon, the Hittite and the Amorite, the Canaanite, the Perizzite, the Hivite and the Jebusite, heard of it,

2 that they gathered themselves together with one accord to fight with Joshua and with Israel.

3 When the inhabitants of Gibeon heard what Joshua had done to Jericho and to Ai,

4 they also acted craftily and set out as envoys, and took worn-out sacks on their donkeys, and wineskins worn-out and torn and mended,

5 and worn-out and patched sandals on their feet, and worn-out clothes on themselves; and all the bread of their provision was dry and had become crumbled.

6 They went to Joshua to the camp at Gilgal and said to him and to the men of Israel, “We have come from a far country; now therefore, make a covenant with us.”

7 The men of Israel said to the Hivites, “Perhaps you are living within our land; how then shall we make a covenant with you?” Joshua is suspicious that these people may live in the land and suggests that with his comment.

8 But they said to Joshua, “We are your servants.” Then Joshua said to them, “Who are you and where do you come from?” Joshua then blatantly asks them who they are and where do they come from.

9 They said to him, “Your servants have come from a very far country because of the fame of YHVH your Elohim; for we have heard the report of Him and all that He did in Egypt, This is a partial truth.  They have heard of YHVH’s fame, but they have not come from a far country.  They actually lived within the land.  The men continued to lie to Joshua and the sons of Israel.  However, we will read in the next verse the one serious mistake they made.

14 So the men of Israel took some of their provisions, and did not ask for the counsel of YHVH. They trusted what they thought they saw and heard and did not consult the Spirit of Counsel from YHVH.  The Spirit will never lead us away from what He has told us to do.  He will always direct us to the will of Yah.  Joshua was given the commandment to drive out the inhabitants of the land, therefore, had he pressed further and inquired of YHVH, He most certainly would have revealed to him who they actually were.  He would not have been deceived.  But because he didn’t seek counsel from the Father, he ended up trusting in his own judgment and entering into an irreversible covenant with a people who should have been driven out.

15 Joshua made peace with them and made a covenant with them, to let them live; and the leaders of the congregation swore an oath to them.

16 It came about at the end of three days after they had made a covenant with them, that they heard that they were neighbors and that they were living within their land. They were revealed the truth and realized that they had not obeyed the counsel of YHVH given to them through Moses.

17 Then the sons of Israel set out and came to their cities on the third day. Now their cities were Gibeon and Chephirah and Beeroth and Kiriath-jearim.

19 But all the leaders said to the whole congregation, “We have sworn to them by YHVH, the Elohim of Israel, and now we cannot touch them.

20 This we will do to them, even let them live, so that wrath will not be upon us for the oath which we swore to them.” Two wrongs don’t make a right. They paid their vow to the hurt.

21 The leaders said to them, “Let them live.” So they became hewers of wood and drawers of water for the whole congregation, just as the leaders had spoken to them.

22 Then Joshua called for them and spoke to them, saying, “Why have you deceived us, saying, ‘We are very far from you,’ when you are living within our land? Note how Joshua initially handled this situation.  He blamed the inhabitants for deceiving them, but we know from verse 14 above that he came to realize WHY this happened and WHY they entered into a covenant they were not supposed to have.  The root cause wasn’t because they were deceived, it was because they didn’t counsel with the One who would have revealed that deception was going to happen.  Therefore they placed themselves in a position to take their own way.  Verse 14 is the pivotal verse to catch so that we realize that at the time this is written down by Joshua, they KNOW WHY it happened even though they record the sequence of events.

23 Now therefore, you are cursed, and you shall never cease being slaves, both hewers of wood and drawers of water for the house of my Elohim.”

24 So they answered Joshua and said, “Because it was certainly told your servants that YHVH your Elohim had commanded His servant Moses to give you all the land, and to destroy all the inhabitants of the land before you; therefore we feared greatly for our lives because of you, and have done this thing.

25 Now behold, we are in your hands; do as it seems good and right in your sight to do to us.”

26 Thus he did to them, and delivered them from the hands of the sons of Israel, and they did not kill them.

27 But Joshua made them that day hewers of wood and drawers of water for the congregation and for the altar of YHVH, to this day, in the place which He would choose.

As with the case of Joshua, when we find ourselves in situations that we realize happened because we didn’t seek or take wise counsel, then understanding can come to our hearts and we can get to the root of WHY we’re in this circumstance.  We can then acknowledge it, repent and be pushed forward.  We may have some consequences from it, but because we recognize it, we can grow from it, so that we do not repeat it.  This history is written for our instruction and our counsel in all righteousness.  It teaches us what to do and what not to do. May our spirits be sensitive to slow down and allow the Spirit of Counsel to speak to us all that we need to know.