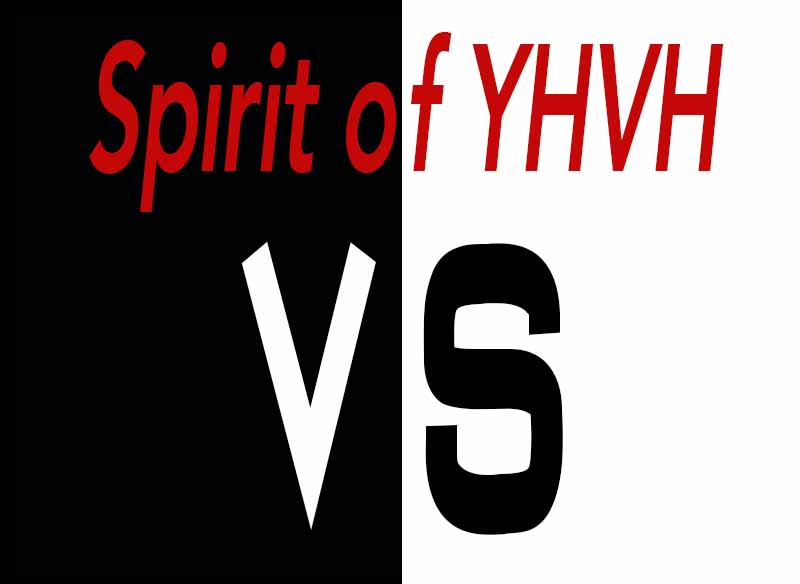 Photo by Rod Long on Unsplash

In every culture and age there is a need to know how to measure what is of the Holy Spirit and what is not.  If it does not line up with the patterns of Scripture, then it is not the Holy Spirit directing us but that which seeks to lead us away from the hearing the true voice.  Today we will look at some of these aspects.

1 Corinthians 12:1-3 says, “​1  Now concerning spiritual gifts, brethren, I do not want you to be unaware.[Some versions say ignorant] 2 You know that when you were pagans, you were led astray to the mute idols, however you were led. 3 Therefore I make known to you that no one speaking  by the Spirit of Elohim says, “Yeshua is  accursed”; and no one can say, “Yeshua is Lord,” except  by the Holy Spirit.”

The Greeks boasted in their knowledge and sought after it heavily.  In verse one Paul starts with the fact that he doesn’t want them to “be unaware or ignorant, lacking in knowledge concerning the Spiritual gifts.  This opening line would tap into their love for knowledge and they would listen more intently. In the pagan culture that the Corinthians lived in, they had what is known as ecstatic speech.  They believed their “gods” enabled them to act and speak.  We know that for every real truth there is a false counterpart.  Paul is dispelling the ability for their speechless idols to lead or speak to them.  The litmus test is that one filled with the Holy Spirit would never say “Yeshua is accursed” but he would say “Yeshua is Lord or Master”.  To confess that Yeshua is Lord or Master in this region would create an issue with the Roman Empire because this was a declaration against their belief in the emperor having absolute rule and authority.  Challenging this could bring heavy persecution to them.

1 John 4:1-3 says, “​1 Beloved, do not believe every spirit, but test the spirits to see whether they are from Elohim, because many false prophets have gone out into the world. 2 By this you know the Spirit of Elohim: every spirit that confesses that Yeshua Messiah has come in the flesh is from Elohim; 3 and every spirit that does not confess Yeshua, is not from Elohim; this is the spirit of the anti-messiah, of which you have heard that it is coming, and now it is already in the world.” [We must be on our guard so that we follow the right Spirit and not allow a false concept to lead us into thinking that which is against the Word.  Paul warns that we are not to be unequally bound or yoked with unbelievers. 2 Corinthians 6:14-15 says; “14  Do not be bound together with unbelievers; for what partnership have righteousness and lawlessness, or what fellowship has light with darkness? 15 Or what harmony has Messiah with Belial, or what has a believer in common with an unbeliever?”]

Matthew 22:41-45 says, “41 Now while the Pharisees were gathered together, Yeshua asked them a question: 42 “What do you think about the Messiah, whose son is He?” They *said to Him, “The son of David.” 43 He *said to them, “Then how does David  in the Spirit call Him ‘Lord,’ saying, 44  ‘The Lord said to my Lord, “Sit at MY right hand, Until I put Your enemies beneath Your feet”’? 45  If David then calls Him ‘Lord,’ how is He his son?” 46.  No one was able to answer Him a word, nor did anyone dare from that day on to ask Him another question.” These verses on a first read could be perplexing; especially if we read it with the Greek mindset we’ve inherited.  Once we realize the Hebrew understanding, we then know that the answer is “Yes!” to both questions.  Yeshua is both the royal descendant of King David as well as His Lord or Master.  It was the Holy Spirit who gave David that truth and understanding.  It’s not any different today.  It is the Holy Spirit that reveals to us the truths of His Word so that we can believe, declare and live in the right way.

2 Samuel 23:1-4 says, “​1 Now these are the last words of David. David the son of Jesse declares, the man who was raised on high declares, the anointed of the Elohim of Jacob, and the sweet psalmist of Israel, 2 “The Spirit of YHVH spoke by me, and His word was on my tongue. 3 “The Elohim of Israel said, The Rock of Israel spoke to me [The Rock of Israel is a metaphor for Yeshua], ‘He who rules over men righteously, who rules in the fear of Elohim, 4  Is as the light of the morning when the sun rises, a morning without clouds, when the tender grass springs out of the earth, through sunshine after rain.’” In Israel the terrain is very rocky and dry, but after a refreshing rain or shower you will see patches of green grass springing up all around. By the enabling of the Holy Spirit David spoke his last words saying, “Of the one who Fears YHVH”…he will be refreshed and renewed.

To the one filled and led by the Spirit of YHVH he will declare that Yeshua is Lord and Master, that He has come in the flesh to the earth and that He’s coming again!!