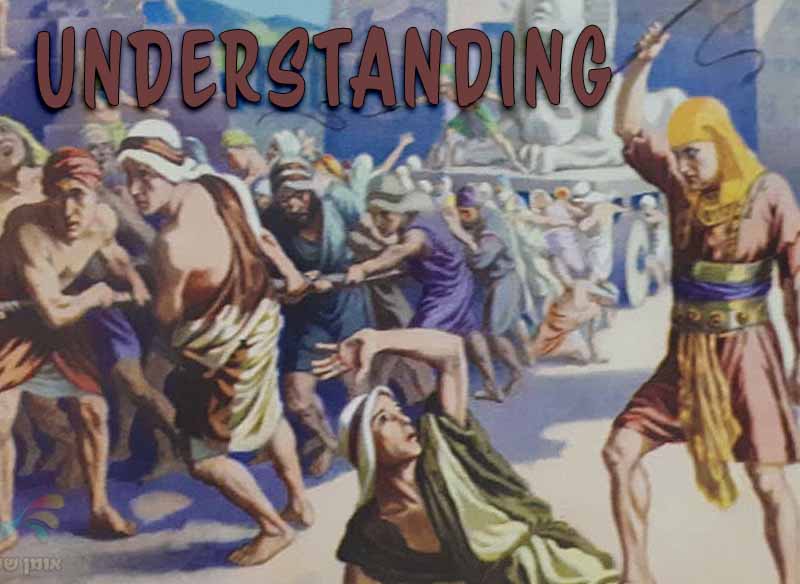 In the book of Acts when Stephen was brought before the Council in chapter 6, he was falsely accused by his brethren.  As we move into chapter 7 the high priest asked, “Are these things so?”  And Stephen, beginning with the covenant made with Abraham, moved through Israel’s history leading all the way to Yeshua.  Today we will look at some principles in verses 17-25 pertaining to Moses.

17 “But as the time of the promise was approaching which Elohim had assured to Abraham, the people increased and multiplied in Egypt,

18 until there arose another king over Egypt who knew nothing about Joseph. [In Exodus 1:8 it says, “Now a new king arose over Egypt, who did not know Joseph.” Egyptians know their history as do the Israelites, so this isn’t saying he wasn’t aware of him.  In the Hebrew this is understood to mean that he did not regard the former relationship that Joseph had with Egypt and began to oppress the people.]

19 It was he who took shrewd advantage of our race and mistreated our fathers so that they would expose their infants and they would not survive.

20 It was at this time [As many of you have already experienced in your lives, it can be the perfect time, but it doesn’t mean there won’t be obstacles to prepare us for our journey.]  that Moses was born; and he was lovely in the sight of Elohim, and he was nurtured three months in his father’s home.

21 And after he had been set outside, Pharaoh’s daughter took him away and nurtured him as her own son. [Taken into exile from his family.]

22 Moses was educated in all the learning of the Egyptians, and he was a man of power in words and deeds.

23 But when he was approaching the age of forty [The number for testing and trials.], it entered his mind to visit his brethren, the sons of Israel. [If he had been in Pharaoh’s house since he was too young to remember, how did he know these were his brethren? Circumcision.  He was circumcised at eight days old according to the commandment given to Abraham; however, Egypt was not.  How are we recognized as Israel…the brethren?  By our circumcision of the heart that happens when we receive Yeshua as Messiah and keep His commandments.]

24 And when he saw one of them being treated unjustly, he defended him and took vengeance for the oppressed by striking down the Egyptian.

25 And he supposed that his brethren understood that Elohim was granting them deliverance through him, but they did not understand.

The Children of Israel were so hopeless at this point in their life, that when a deliverer was sent to them they did not initially understand him as such.  Stephen is sharing this account to let the Council know, which is made up of his brethren, that when the Creator YHVH sent a deliverer to His people they did not “see” him as such.  He’s basically saying to them, “Don’t make the same mistake by not understanding that Yeshua is the deliverer and the long awaited Messiah that has been prophesied to come.”  Often persecution comes to ones who have the truth that can set another person free because they lack the understanding that the one they are rejecting is actually sent to them from YHVH our Elohim.

25 choosing rather to endure ill-treatment with the people of Elohim than to enjoy the passing pleasures of sin, [Another pattern of being joined, not separated, from the brethren.]

26  considering the reproach of Messiah greater riches than the treasures of Egypt; for he was looking to the reward.

27 By faith he left Egypt, not fearing the wrath of the king; for he endured, as seeing Him who is unseen. [Colossians 1:15; “He (Yeshua) is the image of the invisible Elohim, the firstborn of all creation.”]

28 By faith he  kept the Passover and the sprinkling of the blood, so that he who destroyed the firstborn would not touch them. [Not just for Moses’ protection alone, but all of them.]

29 By faith they passed through the Red Sea as though they were passing through dry land; and the Egyptians, when they attempted it, were drowned. [The enemy is defeated when we move forward in faith]

No matter what our circumstances are or how hopeless we may feel, may the Holy Spirit impart to us the Spirit of Understanding so that we recognize the who, the what, the where, the when and the how our deliverance is being manifested so that we can walk as the free and redeemed people that we are through the saving grace of Yeshua our Messiah.