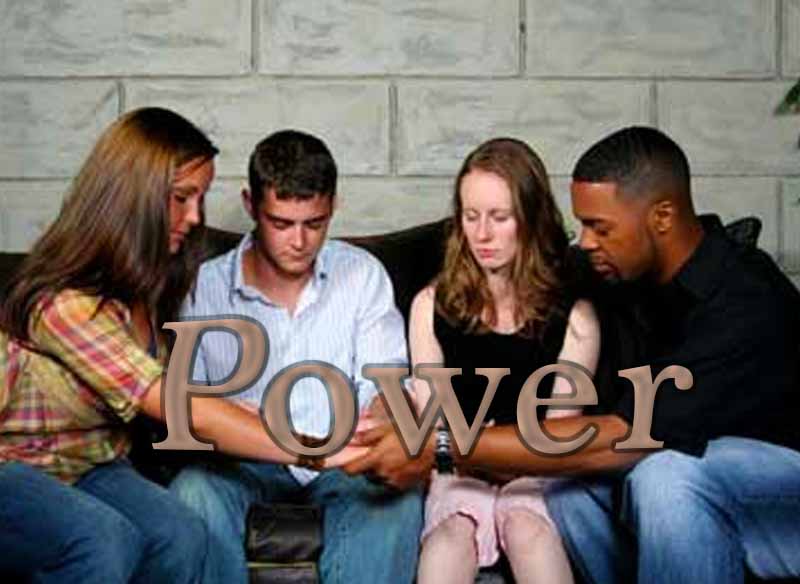 In the times that we live we find ourselves in great need to understand the power and authority we’ve been given as covenant people of Elohim.  We are not the same as those outside of the covenant.  There is good/tov news for the people of YHVH and Yeshua.  Today we will look at verses where Yeshua calls His disciples together and imparts exactly what they need to do for the work of the kingdom.  He gave them power and authority to share the gospel, to cast out demons and to heal all manner of diseases.  Notice that the power was given to the group, not just one person.  Together we are strong!!  I believe that’s why the enemy tries so hard to divide the people of YHVH.  May we walk in the Spirit of Power that’s been imparted to us as believers together in the one true Elohim.  We’ve been given the tools, let’s use them in order to benefit the kingdom.

​​​1 And He [Yeshua] called the twelve together, and gave them power and authority over all the demons and to heal diseases. [An interesting thing to note is the word authority in this verse has a meaning of power as well.  It’s the word g1849. ἐξουσία exousia.  In a sense we’ve been given double power to set others free from that which has them bound.]

2 And He sent them out to proclaim the kingdom of Elohim and to perform healing.

3 And He said to them, “Take nothing for your journey, neither a staff, nor a bag, nor bread, nor money; and do not even have two tunics apiece.

4 Whatever house you enter, stay there until you leave that city.

5 And as for those who do not receive you, as you go out from that city, shake the dust off your feet as a testimony against them.”

6 Departing, they began going throughout the villages, preaching the gospel and healing everywhere.

5 These twelve Yeshua sent out after instructing them: “Do not go in the way of the Gentiles, and do not enter any city of the Samaritans;

6 but rather go to the lost sheep of the house of Israel.

7 And as you go, preach, saying, ‘The kingdom of heaven is at hand.’

8 Heal the sick, raise the dead, cleanse the lepers, cast out demons. Freely you received, freely give. [Yeshua’s power has been given to those who believe and receive Him as the Messiah.  The Spirit of Power is given for the sole purpose of the kingdom and not selfish ambition.]

7 And He *summoned the twelve and began to send them out in pairs, and gave them authority [power] over the unclean spirits;

8 and He instructed them that they should take nothing for their journey, except a mere staff—no bread, no bag, no money in their belt—

9 but to wear sandals; and He added, “Do not put on two tunics.”

10 And He said to them, “Wherever you enter a house, stay there until you leave town.

11 Any place that does not receive you or listen to you, as you go out from there, shake the dust off the soles of your feet for a testimony against them.” [In the ancient near east there was an understanding that the very dust/dirt from a place that rejected truth was not allowed to be brought back to the holy land to mingle with that dirt.  When we think back to the Tabernacle it was also considered holy while in the wilderness.  Actually, there has always been set apart places for set apart people since the beginning of time.  It’s interesting to note what the priests had to wash both their hands and their feet before they were allowed to enter into the holy place to minister. Exodus 40:30-32.  It’s also fascinating to recall that Elohim made man from the dust of the ground, therefore there is a connection back to creation. Genesis 2:7. Yeshua said in Matthew 10:33, “But whoever denies [One of the Greek definitions is rejects] Me before men, I will also deny [reject] him before My Father who is in heaven.”  This understanding explains why Yeshua tells them to do this physical act of shaking the dust off of the soles of their feet as a testimony that these people have rejected Him.]

12 They went out and preached that men should repent.

13 And they [together] were casting out many demons and were anointing with oil many sick people and healing them.

As believers, the responsibility belongs to us to be instruments of freedom to those who are lost, sick or bound by demons.  May we rise up in the Spirit of His Power and Authority and as we’re going, freely give that which we’ve been freely given.