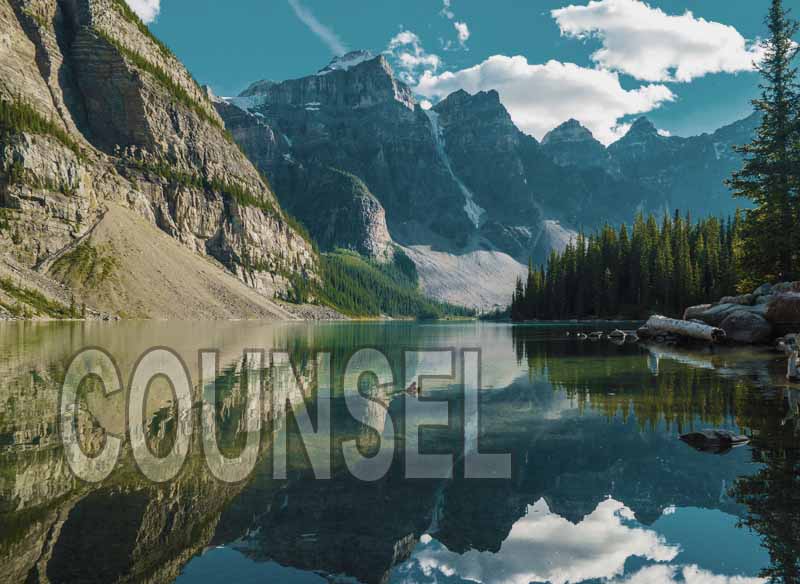 Photo by Mark Koch on Unsplash

We should often be reminded that the Seven Spirit of YHVH, which are found in Isaiah 11:1-3, are of the upmost importance to a believer desiring to walk an upright life that pleases our Heavenly Father. Each day we come before Him in prayer it would be of great value to our walk to pray that we be filled and directed by these Seven Spirits of the Holy Spirit (Ruach HaKodesh).  As we do, the definitions to each of these Spirits of YHVH will expand in its meaning and understanding. The Spirit of Counsel can be understood, as we’ve mentioned before, as counsel, advice, advise, plan, etc…but it can also by definition include the words commands, instructions, listening, orders, etc… especially in context to walking out and heeding the counsel that the commandments give. This is being filled with the Spirit of Counsel. In this context we’ll continue looking at what the Scripture teaches about the wise versus the fool.

12  Who has measured the waters in the hollow of His hand, and marked off the heavens by the span, and calculated the dust of the earth by the measure, and weighed the mountains in a balance and the hills in a pair of scales? In the ancient near east they believed it was the job of the chief deity to bring order to the heavens and the earth. Isaiah is writing on a level that they could understand and will ultimately bring it back to the ONLY one true YHVH Elohim who is the Creator of it all.  Not just a chief god among many gods.

13  Who has directed the Spirit of YHVH, or as His counselor has informed Him? The IVP says, “In the ancient Near East the major decisions were all made in the divine council. There the gods would consult with one another and share their information and opinions.” Isaiah, in question form, lets them know that there is none who can give Him counsel.

14  With whom did He consult and who gave Him understanding? And who taught Him in the path of justice and taught Him knowledge and informed Him of the way of understanding? These are all rhetorical questions because, again, there is none else. Notice three of the Seven Spirits of YHVH in these verses…counsel, understanding and knowledge.

15  Behold, the nations are like a drop from a bucket, and are regarded as a speck of dust on the scales; behold, He lifts up the islands like fine dust. The IVP says, “The dust of the earth was used to express abasement, smallness and insignificance in the Old Testament. In this passage the dust of the nations makes no significant difference in the scales. The Babylonians took no notice of a little dust on the scales when meat or fruit were being weighed.”

16  Even Lebanon is not enough to burn, nor its beasts enough for a burnt offering. Lebanon was known for its vast amount of cedar trees and animals.  Jamieson, Fausset and Brown Commentary write, “All Lebanon’s forest would not supply fuel enough to burn sacrifices worthy of the glory of Elohim.”

Isaiah 41:28 is repeating the same concept as Isaiah 40:13.  It says, “But when I look, there is no one, and there is no counselor among them who, if I ask, can give an answer.” In other words, there is no one who can give the Creator of the Universe counsel that He doesn’t already have.  Again, the greatness of our Elohim being made known.

1 Corinthians 2:16 says, “For who has known the mind of YHVH, that he will instruct [counsel] Him? But we have the mind of Messiah.” Paul is giving the long awaited answer to the question that has been posed by the prophets.  The one who truly has the mind of Messiah will also know what the mind of YHVH is because they are one.  Yeshua only taught what His Father spoke and made the way for us to come to the Father and know His counsel and ways. When we receive the Messiah and grow in the grace and knowledge of the Word, we have the enablement to walk in the Spirit of Counsel; these are tools given to us as believers.