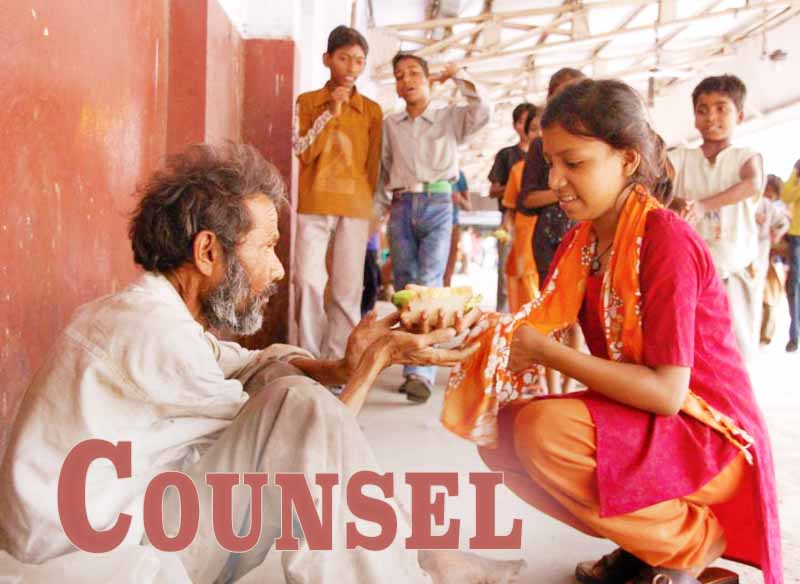 Most are familiar with the history of Nebuchadnezzar and that he had disturbing dreams that Daniel, the prophet, was used to interpret.  YHVH used these dreams and the interpretations by a righteous Hebrew son, to speak His counsel to this powerful King.  In Daniel 4 this dream was no exception.  In verses 4-5 it says, 4 “I, Nebuchadnezzar, was at ease in my house and flourishing in my palace. 5 I saw a dream and it made me fearful; and these fantasies as I lay on my bed and the visions in my mind kept alarming me.” After consulting all of the magicians, conjurers and diviners to interpret with no success, Daniel comes before the king. Nebuchadnezzar retells the dream to Daniel and he is given the interpretation.  Let’s read it below.

24 this is the interpretation, O king, and this is the decree of the Most High, which has come upon my lord the king:

25 that you be driven away from mankind and your dwelling place be with the beasts of the field, and you be given grass to eat like cattle and be drenched with the dew of heaven; and seven periods of time will pass over you, until you recognize that the Most High is ruler over the realm of mankind and bestows it on whomever He wishes.

26 And in that it was commanded to leave the stump with the roots of the tree, your kingdom will be assured to you after you recognize that it is Heaven that rules.

27 Therefore, O king, may my advice [Counsel] be pleasing to you:  break away now from your sins by doing righteousness and from your iniquities by showing mercy to the poor, in case there may be a prolonging of your prosperity.’ This counsel wasn’t heeded until he was driven to the field.  This doesn’t have to be our case if we will heed wise counsel given to us.

There are many Scriptures that speak how righteousness and justice are also walked out when we have compassion on those in need.  We will observe this as well in the verses below, where Ezekiel, the prophet, reveals the Counsel of Elohim concerning these matters.

4 Behold, all souls are Mine; the soul of the father as well as the soul of the son is Mine. The soul who sins will die.
5 “But if a man is righteous and practices justice and righteousness,

6 and does not eat at the mountain shrines or lift up his eyes to the idols of the house of Israel, or defile his neighbor’s wife or approach a woman during her menstrual period—

7 if a man does not oppress anyone, but restores to the debtor his pledge, does not commit robbery [including robbing tithes from Elohim…Malachi 3:6-12 speaking to the sons of Jacob], but gives his bread to the hungry and covers the naked with clothing,

8 if he does not lend money on interest or take increase, if he keeps his hand from iniquity and executes true justice between man and man,

9 if he walks in My statutes and My ordinances so as to deal faithfully—he is righteous and will surely live,” declares YHVH Elohim.

The first place we start in developing compassion can be found in Proverbs 28:13 which says, “He who conceals his transgressions will not prosper, but he who confesses and forsakes them will find compassion.” If we heed the Spirit of Counsel in this verse to confess and forsake our sins, we will not only receive the compassion we need for ourselves, but in turn, we will learn how to give to others that which we have been given.  We do not want to continue in our sins and be like Nebuchadnezzar who was removed from his palace and position to a field eating like the beast.  He was driven there for seven years until he acknowledged that YHVH is the reason for any success he had and not of his own strength and ability.  May we learn from the Scriptures today that we will remain in Yah’s palace when we repent and return to the Counsel of His Word and walk in righteousness and justice. Our lives will be peaceful and prosperous, according to the Word, when we do!!